Why would Ammonium Phosphate Market Revenue Skyrocket in Asia-Pacific (APAC) 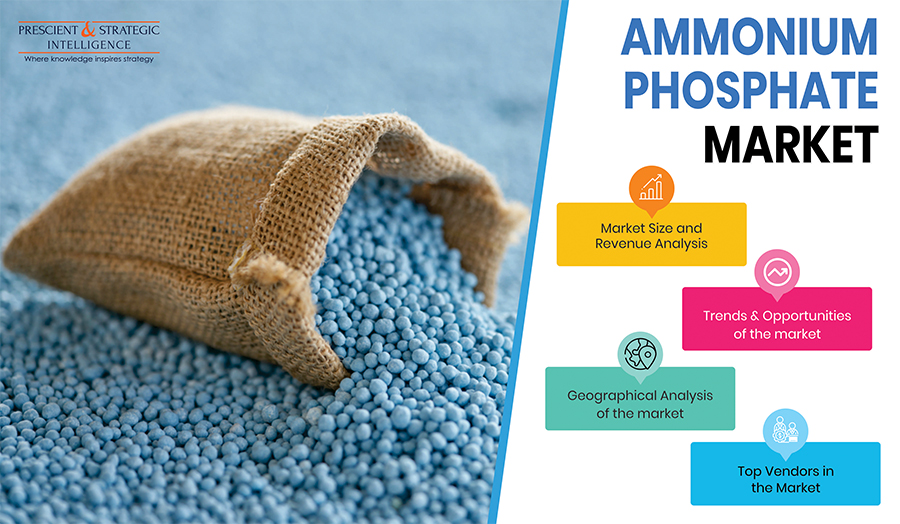 From 7.7 billion, the global population would increase to 9.7 billion by 2050, says the United Nations Department for Economic and Social Affairs, in the 2019 World Population Prospects report. With a rise in the number of people, the demand for agricultural products, such as grains, fruits, vegetables, and lentils, is constantly mushrooming. Additionally, a large number of humans are migrating to urban areas from rural areas, which is leading to an increase in the size of cities, which are consuming vast farmlands in their path to expansion.

Thus, not only is the agrarian community under immense pressure to augment the agricultural yield, but it must do so despite the rapidly diminishing arable land. The only way to do so is to produce more than ever from whatever farming area is left, which is only possible if the soil retains its fertility over repeated sowing and reaping cycles. This is the primary reason behind the healthy growth of the ammonium phosphate market, as the salt is an important component of fertilizers.

Apart from fertilizers, the salt, denoted by the chemical formula (NH4)3PO4, is also used in flame retardants, food and beverages sector, and water treatment chemicals. Now, since the chemical is too unstable, it cannot be used in its pure form and is therefore commercially non viable. However, other forms of the salt, including monoammonium phosphate (MAP), ammonium polyphosphate (APP), and diammonium phosphate (DAP), are stable enough to be produced and used on a commercial scale.

All three forms are used as fertilizers, which is the largest application area of the salt. Apart from that, DAP is used in matches, as a flame retardant, while AAP is used as an emulsifier and food additive. MAP is produced by reacting equal parts of phosphoric acid and ammonia, and the salt is further used to produce nitrogen and phosphorus. DAP, the production method for which is almost same as MAP, is best suited for alkaline or high-Ph soil, as a fertilizer.

Another important application area of the three ammonium phosphate salts is water treatment. With the booming population, the demand for potable water, which is essentially water fit for drinking, is rising. Though freshwater is available on earth, the form most of it is in, i.e. glaciers and ice caps, makes it unavailable. Further, with rapid industrialization, whatever potable water is available is getting increasingly polluted, which has created a strong need for water treatment plants, where the salt is an important material.

Asia-Pacific (APAC) is currently the most productive ammonium phosphate market, as its major countries, including India and China, still depend a great deal on agriculture. China and India are already two of the most agriculturally productive countries in the world and also those with some of the highest rates of urbanization. Additionally, they are also the two most populated nations on earth, which means that the need to maximize the productivity of farmlands is especially high here. To further increase the output, the government of regional countries is investing in agriculture, which would create an additional demand for fertilizers, containing ammonium phosphate.

Hence, as farmers become aware on the ways to increase their yield and start using fertilizers for the purpose, the consumption of (NH4)3PO4 will be augmented further.

PhD Programs – All You Need to Know

Finding Efficient And A Fast Printer For Your...

Vidalista 60 – The Treatment for Erectile Dysfunction...

Artificial Outdoor Plants Do The Trick

Global Electrical Steel Market To Be Driven By...

What Is The Difference Between Flexible LED Display...

Here Is The Maintenance Method For Why The...

Want to start your own data entry company?

Things You Should Know About Hydraulic Filters