Tibetan Opera is called “Lhamo” or “Ace Lhamo” in Tibetan language, meaning “Sister Fairy”. It employs songs, dances, chants, and drama to tell stories, with most of its repertoire deriving from Buddhist teachings and Tibetan history. The folk opera is very popular in Tibet, especially in Lhasa, Lhokha, Shigatse, and Chamdo, and also widespread in the nearby provinces like Sichuan, Gansu, Qinghai, and Yunnan Provinces. Tibetan opera is also a hot option of entertainment for Tibet tours.

Compared with the few other folk operas of Chinese ethnic minorities, the Tibetan opera has the longest history. It dates back about 14 centuries. According to Tibetan historical records, King Songtsan Gambo greatly admired the costumes, music, and dancing of the Tang Dynasty introduced to Tibet by Princess Wencheng of the Tang Dynasty when she married the Tibetan king. He arranged for the training of 16 beautiful girls in a combined art form of Tang-style and Tibetan folk music and dancing in order to entertain the princess. Later, this entertainment developed into a more clearly defined form of dancing and singing.

Such performances gradually developed into Tibetan Opera and became very popular around Tibet. Since the 17th century, Tibetan Opera has had a rapid development and reached its peak with a long list of excellent players and traditional repertoires. Different genres evolved, each with a certain style. Performances were held during various festive occasions. The Shoton Festival which was once a religious festival became a special festive occasion of Tibetan Opera joint performance, during which many professional and amateur troupes were summoned to Lhasa to entertain the Dalai Lama and his followers.

Over the centuries, Tibetan opera has formed a three-part stage format. In the prelude, known as “Wenbadun,” Wenba men in blue masks, two Jialu men, and several fairies take the stage, performing religious rituals, and songs and dances. A narrator will expansively introduce the story, the characters, and the libretto in rapid repetitive rhythm. The second part is the opera itself. All the players enter and start singing and dancing. The third part is an epilogue that features a blessing ceremony and is also an occasion for the presentation of Khata (silk ritual greeting scarves) and donations from the audience. The highlight of the performance is Tibetan masks, through which the role of the players can be identified. The masks have various colors and motifs, each indicating a certain meaning. For example, the red mask refers to the king, the green the queen, while the yellow the lamas.

In the past, Tibetan Opera was only held outdoors, and each player only had one costume throughout the performance. Since the 1960s, Tibetan Opera has been performed indoors with lighting, backdrop, set, orchestral obbligato and a number of modern themes added. Today, changes have taken place in the structure, singing, dancing, masks, and stage format of Tibetan opera, and an orchestra, backdrop, lighting, and make-up have been added. Besides being performed in the open air, Tibetan operas are also performed on indoor stages. The stage format can be either traditional or modern. In the traditional format, a narrator explains the plot of the opera section by section as the opera is being performed episode.

Top Places to Visit in Manchester 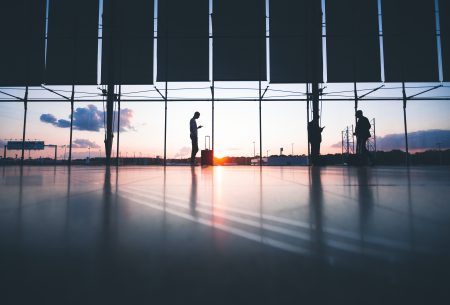 US Visa Agents in Delhi