Home » How Do You Become a Music Producer and Artist?
Arts and EntertainmentAudioMusic

How Do You Become a Music Producer and Artist? 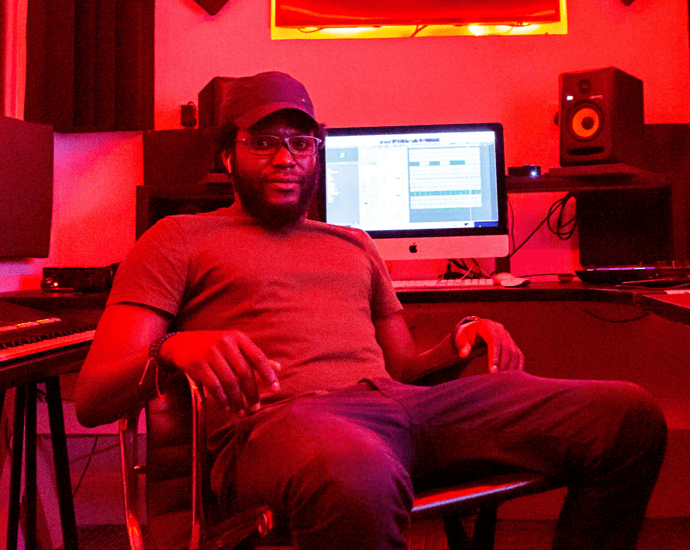 Digging into the creative process of Music Producer and Artist, Horace Tempo speaks with artists, musicians, producers, DJs and anyone involved with music creation. A conversation about how they create, collaborate, and share music. From studio setups to routines, and the first person to hear about the next ‘big’ work.

Contents hide
1 Where are you based?
1.1 How, when and where did you start making music? Are you primarily a music producer and artist, or do something else?
1.2 Who would you consider some of your biggest influences when it comes to your “sound”?
1.2.1 Explain your creative process. Do you have a routine?
1.2.2 What is your “studio” setup?

Where are you based?

Hey, I am Horace Tempo, I was born and raised in the Republic of Benin, so I also speak French very well. I now live and work in Accra, Ghana. I am 38 and I create at The Madroom Studios in Accra or Studio 313 in Johannesburg, South Africa.

How, when and where did you start making music? Are you primarily a music producer and artist, or do something else?

Music actually is the first thing I fell in love with and it has remained one of the things I am still in love with to date. I have been a fan since forever, so I feel really blessed to be able to experiment and be a part of the creative process. I have also built a 15-year career in Information Technology. However, my personal and artistic project is branded TEMPO, which defines a fusion of unrelenting creativity and style. I decided to enter the domain of Music Producer and Artist & its distribution around mid-2019. Early 2020 when the pandemic hit, I could afford a lot of time so I attended almost every virtual conference that I could find about the music industry, enrolled for mentorship sessions, self-taught when it comes to production and then emailed demos out to record labels. This gave me a good knowledge of how things work and an idea of how far I am headed for success.

In May 2020, I released my first single about self-empowerment called SELF (streamed over 700,000 times on Spotify to date) and now it’s a habit to dedicate at least one hour every day to all things music, which could include finishing writing lyrics, creating a beat, learning or simply discovering new music, Music Producer and Artist.

Who would you consider some of your biggest influences when it comes to your “sound”?

I am into EDM, Dance-pop, and House music, so to name a few, my influencers will be Timbaland, Swizz Beatz, David Guetta, Sarz, and many gifted YouTubers. What I quickly learned was to not steal anyone’s tricks. I think it’s not sustainable to create music by following a method. That’s like limiting yourself within a set of tools and downplaying your own potential. I do read about tips and tricks like everyone else, but I don’t adopt them.

Explain your creative process. Do you have a routine?

This is a good question. For me, the end goal is to produce, co-produce, co-write, write or simply be part of the idea or concept creation and ultimately I must be proud of the end product which is the song when it is released with the help of Music Producer and Artist, I must feel proud whenever and wherever I hear it. You know the feeling when you get your weekly “shazam for artist” report that shows you how many people are discovering your song through Shazam? It’s almost like poking the universe and watching it poke you back. It’s a moment I believe every creator cherishes. So, yes I do have a routine.

First of all I must force myself into a creative headspace before I go into the studio. Before I step in, I go on my knees and pray to God for guidance. I don’t listen to any music for a week before I start creating a new beat. I try my best to keep every single track, kick pattern or melodies, created separately and as unique as possible, no loop, no sampling, no preset allowed. Once I am done with the beat, I let it sink in for a couple of days, then most times I have forgotten what it sounds like by the time I come back to it, then I listen with fresh ears and criticism. After Music Producer and Artist, build up the storyline and then write the lyrics, record and produce.

What is your “studio” setup?

My workflow combines a bit of both. And it’s hard to favourite my studio gears, but in no particular order, here are a few:

Usually I have a folder that is refreshed regularly with my current top 10 beats. Wherever or whenever the opportunity presents itself, I am ready to pitch a demo or collaboration. Because I don’t sing myself, I am constantly on the lookout for collaborators. Everything in music happens based on relationships. If you are good with people, you will land some unbelievable collaborations. I am pretty good at keeping the positive vibe going at a studio full of collaborators, so I prefer in-studio sessions. But I must say I have had the chance to be part of some amazing virtual sessions of Music Producer and Artist.

Everything You Need To Know About Interior Photography