Difference Between Flutter 2 and Flutter 3 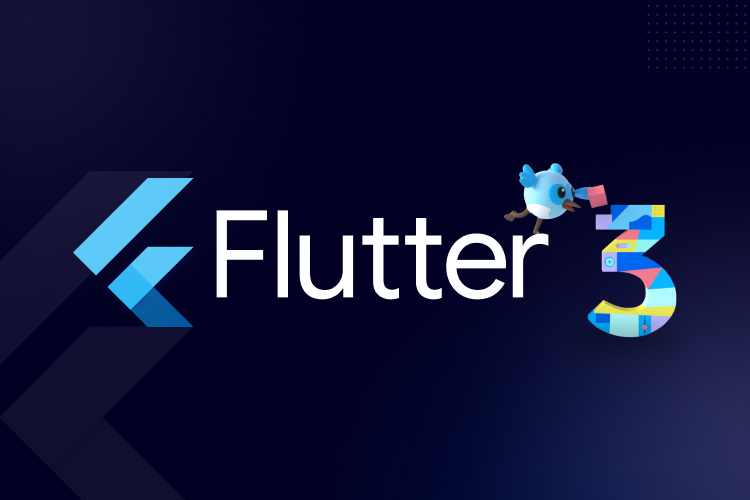 From being a UI software development kit for building natively-compiled applications for Android and iOS to becoming a framework for cross-platform applications, Flutter has come a long way.

In fact, the SDK is so popular among software developers that it has surpassed React Native. As per a survey conducted by Statista in 2021, around 42% share of respondents chose Flutter as their preferred cross-platform mobile framework. Whereas, 38% chose React Native for the same.

While the popularity of Flutter is no news, the number of dedicated Flutter app developers is expected to grow rather exponentially with Flutter 3 in the picture. Google I/O recently announced Flutter 3, which was later released on May 11, 2022.

Here, we will talk about what’s new in Flutter 3 and how it is different from Flutter 2.

Support for macOS and Linux with Flutter 3

Flutter developers can now officially build applications for macOS, Linux, web, and other embedded devices. The stabilized support for these platforms has even solidified Flutter’s position as a cross-platform mobile app development framework. This Flutter version is even compatible with casual game Toolkit and Apple Silicon.

Flutter uses a common Dart programming language for developing applications on multiple platforms, as mentioned below.

You might have heard of ‘Firebase’, a Google-acquired backend app development software. The tool enables developers to report and fix app crashes, track analytics, create product and marketing plans, and much more.

And as per Google’s statistics, as much as 63% of Flutter developers utilize and integrate Firebase to improve their application’s performance. Thus, Google has officially extended the support for the Firebase plugin in the Flutter version 3, which wasn’t available earlier in Flutter 2.

The various areas of improvement can be noted below –

Google has now expanded the use of Flutter as a mobile app development framework by introducing the “Casual Games Toolkit” in Flutter 3. Yes, Flutter is now coveting the attention of many game developers who are on the lookout for creating casual games for multiple platforms.

The toolkit includes templates for creating interesting games along with guidelines and tutorials. It aims to simplify the integration of various services needed for gaming applications, like –

While Flutter’s game toolkit isn’t built to create high-end 3D action games, it is apt for developing casual gaming experiences. It can also be utilized to develop non-game user interfaces for any game.

This new horizon of casual gaming started with Flutter 3 in the picture and wasn’t available until Flutter 2. And it is still new for developers to adapt to the platform and create immersive gaming experiences on Flutter.

If you wish to create one such casual gaming app using Flutter 3’s gaming toolkit, go through the guidelines thoroughly or hire flutter developer for the job.

While Flutter 2 was initially released to work seamlessly with Dart 2.12, there were many eventual updates to the programming language eventually. And now, Google has introduced Dart 2.17 along with Flutter 3. This ensures developers can very well use the multiple benefits the updated programming language brings to the table.

With the unified use of Flutter along with Dart 2.17, developers can expect –

The new Flutter version supports an increase in HZ rate up to 120 Hz on iOS devices. Earlier with Flutter 2, this limit was up to 60 Hz. This increase in speed in Flutter 3 ensures performance optimization for apps running on iOS.

Before Flutter 3, if developers had to extend or add anything to the existing theme, they needed to write codes for extending Theme data. They needed to implement various methods such as lerp, copyWith, etc.

But with Flutter 3, they can add anything to the material library of ThemeData by simply mentioning ‘ThemeData.extensions’. It simplifies the development process and enhances productivity.

Developers can expect development ease and users will have a smoother user experience with Flutter 3 mobile applications built for Android, iOS, Windows, Linux, and macOS. If you want to create similar cross-platform applications, Flutter 3 could be an ideal choice. However, forget not to hire flutter app developers from renowned agencies to make the experience smoother and better.

With the release of Flutter 3 in May 2022, it has been quite a subject of debate how different it is from Flutter 2 and which one is better. This blog about Flutter 2 vs Flutter 3 will help you understand the key differences between the two and what’s new in Flutter 3.

With over 15+ years of experience and 1200+ successful projects, BiztechCS is an ISO 27001 and ISO 9001 certified company. We are on a mission to help businesses like yours get ready for tomorrow by providing world-class tech teams. We’ve grown from 15 to now a huge family of 300+ talented developers, business thinkers, designers, and savvy marketers. We have all the required skills on deck to help your business expand in all dimensions.

How Do I Fix My Audio Driver Not...

Flutter vs react native which is best for...

7 Best PHP Development Tools To Use For...

How Much Does It Cost to Develop a...

Here Are The Best Livestorm Alternatives You Should...

Keep a Track of Your Children With These...

How Objective-C and Swift are the Best iOS...

Everything You Need to Know about Blockchain Lottery